Once every four years owners of Hilton hotels from around the world come together to attend a conference showcasing all that is new at Hilton Worldwide and to learn about new brands, discover cutting-edge innovations and map out the future of hospitality. 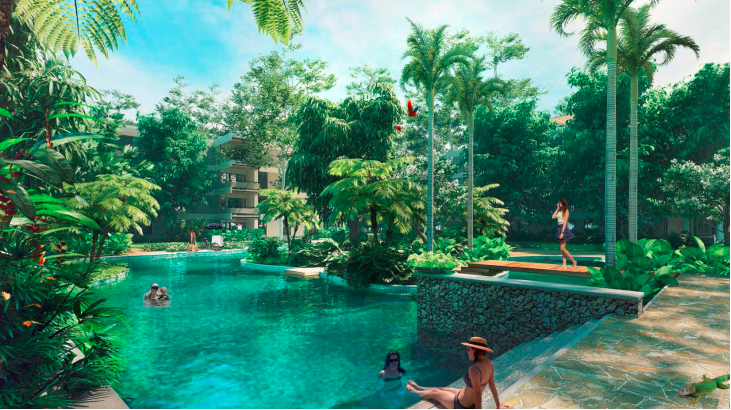 The Rainforest Residences at Botánika Osa Peninsula, Curio Collection by Hilton
Hilton has defined hospitality with groundbreaking industry firsts and owners of private hotel residences which are branded by Hilton are among the happiest of this type of real estate.
Being the world’s fastest growing hospitality company, with over 5,000 hotels and resorts across more than 100 countries, affords many advantages to those that own Hilton branded hotel residences. Most significantly is the fact that there are currently over 70,000,000 Hilton Honors members worldwide, and that number is growing by an astonishing 1 million members per month. Perhaps this is the reason that owners of Hilton branded hotel residences rank among the happiest owners of this type of vacation property.

On October 10-12th of this year 2,500 Hilton hotel owners and operators attended the 2017 Hilton Global Owner’s Conference at the Hilton Anatole in Dallas Texas.  At this invitation only event, Botánika Osa Peninsula, Curio Collection by Hilton, was prominently featured.

During the opening address Hilton President and CEO Chris Nassetta discussed Hilton’s industry leading performance, new trends in hospitality and where Hilton is heading in the near future. Proudly, Botánika Osa Peninsula was singled out and featured in his presentation out of a staggering 2,100 new hotels under development worldwide. 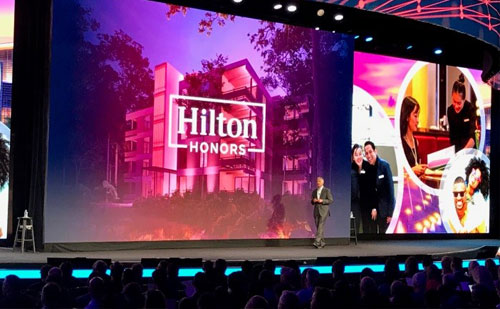 Hilton CEO Chris Nassetta giving his opening address featuring Botánika during the presentation.
Botanika’s Cory Williams had the opportunity to meet Chris Nassetta and to thank him personally for his support of Botanika; being highlighted and shown on the big screen during the opening address was a huge honor for Botánika and the acknowledgment justified the many years of careful planning. 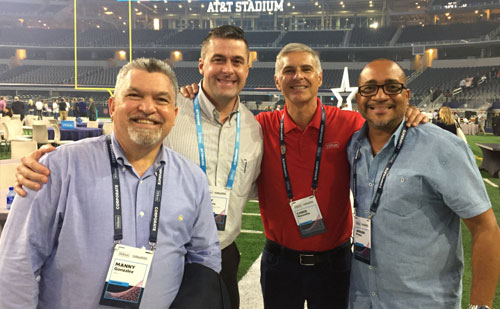 From left to right: Manny Gonzalez, Director Brand Performance Support, Cory Williams, Botánika, Chris Nasseta, President and CEO of Hilton, Jerson Rivera Director Architecture & Construction
Also in attendance as guest speakers at the event were Condoleezza Rice – 66th US Secretary of State and Malcome Gladwell, best-selling author of five New York Times bestsellers including Blink and Outliers.
Later in the conference Botánika was once again featured in the seminar portion called “Design and Travel Trends of the Future;” this presentation was led by Larry Traxler, Senior Vice President of Global Design for Hilton. Botánika was used as an example of tropical and authentic design, and was highlighted as a great example of luxurious architecture.  It was during this presentation that Hilton also announced the
“Top 10 Travel Trends of 2017” with “eco-tourism” ranking number nine on the list.
At the conference, it was also shared that today there are over 1,800 branded residences, just like Botánika within the Hilton portfolio. Mark Nogal, Global Head of Curio Collection was on hand to report that Curio is one of the best performing brands within the company and as of June 30th 2017 has had an average occupancy of 71.1 % and Average Daily Rate of $197 per night.  Curio recently announced the addition of the historic Hotel del Coronado in San Diego, California to its portfolio as well as the opening of The Statler, an iconic downtown Dallas, Texas hotel that just completed a $255 million redevelopment.
Owning branded hotel residences has proven to be the smartest way to own real estate anywhere in the world. Register here to learn more about Botánika Osa Peninsula, Curio Collection by Hilton, and about a management program designed to take care of all aspects of home ownership, and that even literally helps you pay the bills.
Register Here to Watch the Video and to Learn More
About Owning a Hilton Hotel Residence